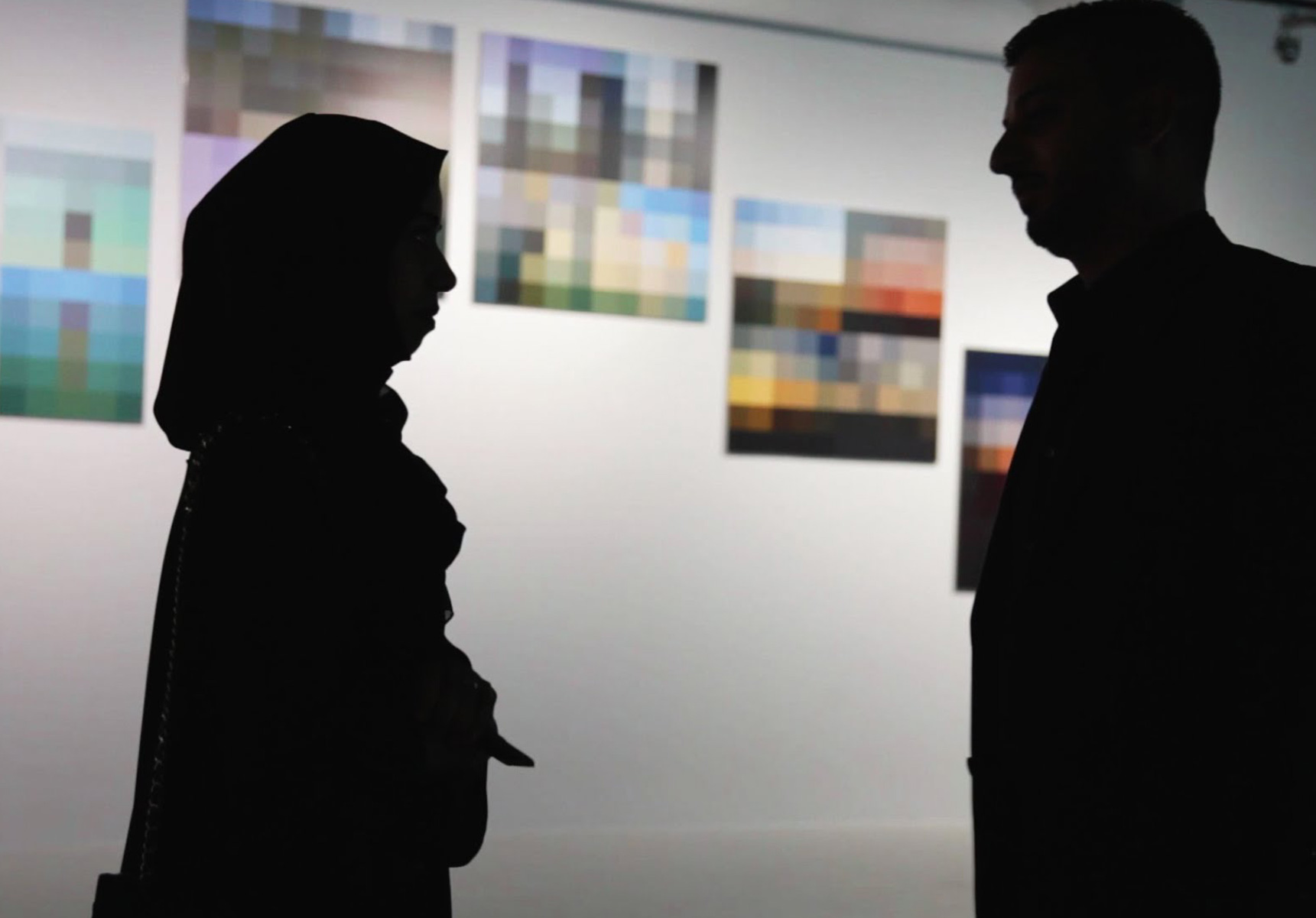 Artists at ‘Al Haraka Baraka: In Movement There is Blessing’ exhibition represent the current expression of contemporary art in the Emirates

“Can we be both nostalgic for the past and optimistic for the future?” asks curator Dr Alexandra MacGilp.

Al Haraka Baraka explores the rich mix of cultures that have long existed in the UAE and the influence of these cultural migrations.

A magnet for migration, the UAE has also been, for the last 40 years or more, permanently under construction. There is a tangible feeling of impermanence and building and rebuilding, and things are accepted as constantly in flux.

Within the matrix of the past, present and future, the artworks exude the modulations for viewers to gain new perspectives into the “cultural mix” that is life in the UAE.

All the artists are from the UAE — although some of them have roots in other parts of the Middle East — and they represent the current expression of contemporary art in the UAE.

“The nine younger artists made newly commissioned works for the show and Mohammed Ahmed Ibrahim was invited to anchor the show as we wanted to remind viewers of the continuity of the concerns artists in the country are addressing, across the generations, such as the changing landscape as cities encroach further into the surrounding desert. I enjoyed talking to Ibrahim during his open studios last year at AiR Dubai. This residency allowed him to inspire younger generations of UAE artists in particular, through his land art workshop,” says MacGilp.

Khor Fakkan-based Ibrahim is a pioneer in land art in the UAE, and the inspiration and choice of medium for his art, influenced by the towering presence of the mountains outside his home: “a beautiful alliance between land and sea that inspires the best of artistic creations”. Photographic document of his early work in land art is also included in the show.

According to MacGilp, the artists in Al Haraka Baraka also “draw attention to the overlooked buildings and narratives from the country’s history in their works, attempting to capture these memories in a fast-changing environment”. The idea of the past and the future existing simultaneously informs the work of Edris, a visual artist whose approach is always self-reflexive. In the present series States, she focuses on the built environment prior to the formation of the

UAE and adds elements of the present, resulting in surreal, postmodern images that fuse history with an uncertain future. This series is a continuation of her earlier series Reem Dream, inspired by one of Abu Dhabi’s new islands, Al Reem, and the buzz around it. Al Attar, who has been critically noted for his photographic research, archival and performance-based projects, goes back to his childhood memories and revisits the simple, hardworking lives of expats in his daily interactions in the UAE of the past.

The neighbourhood grocer from whom he used to buy candy when returning from school, the family doctor, tailor and teacher were all individuals who had a bearing in his life. One loses connection with these persons as they go back to their home countries. Titled He Who Possesses A Skill Will Never Go Hungry, the four portraits are part of a series that is in the making.

Palestinian artist Harb, who shuttles between Dubai and Rome, in his sculptural installation titled Unlimited Progress, presents the interplay between time and urban change in a fast-developing city such as Dubai, where large tracts of desert give way to urban expansion. Harb, who visited Dubai first in 2012, has been interested in architecture and urban development, and the city has provided him the backdrop to examine the “co-related relationship between progress and time”.

Dialogue and assessment of the present — that’s what Hind Mezaina stands for. An artist and writer from Dubai, she seeks to fix her gaze into the present, and in The Colour of Happy, uses digital tools to symbolically represent the concept of happiness mentioned frequently in press headlines and the images in popular media related to that.

In Emirian, Khalid Mezaina, a Visual Communications graduate from the American University of Sharjah, with an interest in illustration and textiles, is trying to reconnect with some of the older localities in Dubai — Deira and Bur Dubai — where he grew up. As an adult he finds himself increasingly drawn to these places for artistic inspiration and “for building new memories from where I left off in my youth”.

Emirian is his first installation that he has ever exhibited, comprising a trolley from the souq, along with digitally printed stuffed textiles, and wallpaper. “My trolley is stacked with bundled textiles that reflect and communicate the contents of my personal definition of culture ... a collection of influences on music, food, attire, dance and rituals.”

Falaknaz, a press photographer in Abu Dhabi, explores the theme of migration and cultural identity in Ana Anqushu. She documents the work of the master engraver from Afghanistan, Gulam Mohammad Andalib, who comes every year to the Global Village in Dubai.

Hazbar’s work delves into the tangible and the intangible, as she examines music as a medium to explore the diverse nationalities living in Sharjah. Titled From Sound and People: Sharjah, her project will lead to short musical compilations based on conversations the artist has with individuals from various walks of life in the city. For Hazbar, born in Aleppo but brought up in the UAE, the music and illustrations are linked to the geographies from where the subjects originally came from. A graduate from the American University of Sharjah in Multimedia Design, Hazbar says, “Home to me is patches of memories and places and time spent across multiple locations, not one physical location.”

Al Wawi’s struggle between subjectivity and obsession with structured expressive format is heroic. A Palestinian born and raised in the UAE, Al Wawi through his performance in three acts (The Alien, The Rationalisation and The Land), takes the emotions out of being in political dysfunction and structures himself in an agnostic format seeking to “assume belonging” or, as in the artist’s own words, “vertically placing yourself within your trouble”.

Within the Grid by Al Hashemi juxtaposes the materiality of construction sites (as represented in the welded metal mesh) with the digital networks of communications (a worldmap out of neon lights), and of the physical journeys from one city to another and from one country to another that have characterised the present age. Within the Grid, says the artist, is a reminder as well as “a chance to see how far we have reached and how close we are to our dreams, our movements are all within the grid”.