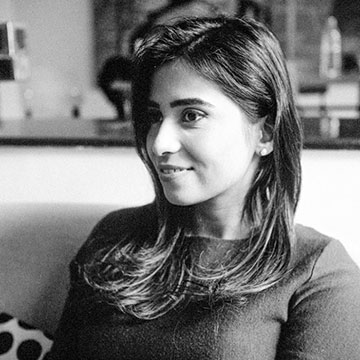 Maria Mumtaz is an arts and culture writer based in the UAE with over six years of experience in contemporary Middle Eastern and South Asian art. She currently works in the core team of Noura Al Kaabi, UAE Minister of Culture and Knowledge Development, to promote locally based cultural initiatives on both national and international levels.

Mumtaz was previously Director of Gallery Isabelle van den Eynde, which represents a significant and pluralistic roster of artists from the MENASA region. She started her career as Editorial Assistant at Canvas magazine, the region’s premier magazine on art and culture from the Middle East and Arab world, and has also contributed to publications such as Art Asia Pacific, Selections, Sorbet, Alserkal Folios, among others. She graduated with a double major in Media Studies and Film-making from SZABIST Karachi.