A strong art scene is a crucial component of a global city. Dubai doesn't disappoint. 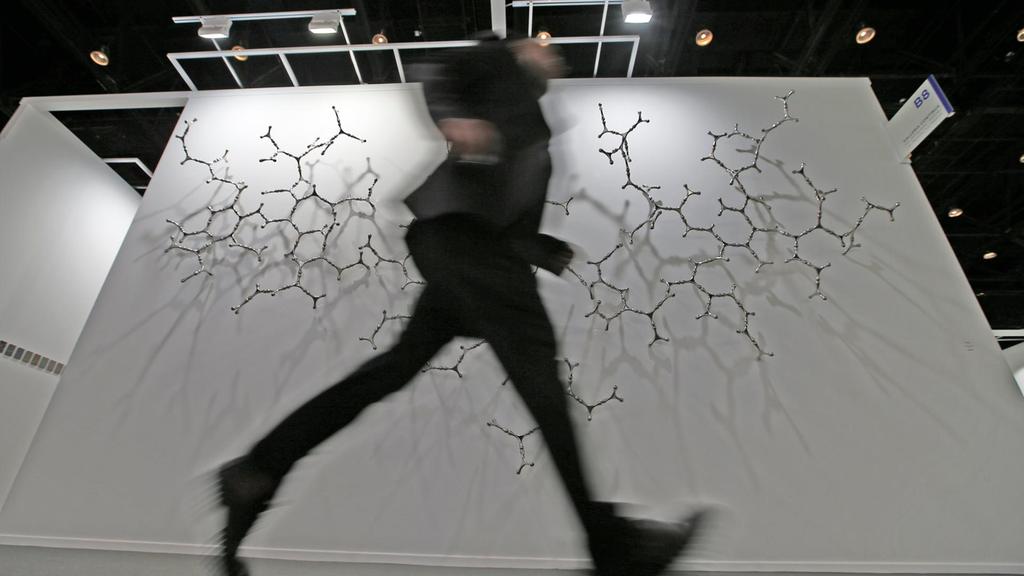 In the first year of Art Dubai, in 2007, there was one hall with 40 galleries and global diversity was a characteristic from the start: From Helsinki to Damascus, Mumbai to New York, declared co-founder John Martin in the catalogue. The event ushered in the inaugural Global Art Forum: Putting Dubai at the Centre of the Global Art World, with speakers like Hans Ulrich Obrist and Jean-Hubert Martin talking about branding cities through culture. I installed 17 large-scale art projects by artists such as Lara Baladi and Conrad Shawcross.

The intervening decade has seen the region witness unspeakable, seemingly insoluble tragedies and the world suffer a major financial crisis, and yet the UAE arts scene has consolidated and expanded. It sits in the centre of sprawling art hubs with increasingly strong programming, which entice international heavyweights to the region.

The opening of Louvre Abu Dhabi last November gave the capital and, indeed, the nation, the ultimate cache: a world-class institution. Participation at the Venice Biennale, the Olympics of the contemporary art world, is another significant marker. The UAE is now firmly established after having a pavilion for a decade.

The UAE’s stability and geographical location makes it an ideal spot for artists to find refuge. Take Tammam Azzam, famous for his Freedom Graffiti print. Ayyam Gallery supported his relocation from Damascus to Dubai when the conflict broke out: his magnificent collages are a highlight of Art Dubai this year. Or Hazem Harb, whose open studio in Alserkal Avenue is a treasure trove of archival images from his native Palestine, reframed and reinterpreted. There are a growing number of residency programmes as well: a new section of the fair brought 11 artists to the UAE from late January until now to produce new work. These pieces are fun, edgy and experimental and yet cleverly commercially viable.

There is also an expanding collector base in the UAE, bolstered each March by the overseas guests including invited museum groups. Its incredible how there still seems to be first-time visitors, alongside the regulars who have Art Dubai marked in their calendars each year. Countless relationships have been fostered at the fair, leading to significant institutional partnerships. Interns from the early years are now successful artists represented by participating galleries, showing in Biennials or running museum projects.

The variety of spaces available across the Emirates for artists to exhibit has increased tenfold since 2007, and the unusual yet welcome overarching management structure of art organisations allows them the capacity to work on special projects, providing support in many ways – from a marketing, coordinating perspective as well as mentorship and platforms for cerebral collaboration. The footprint of Alserkal Avenue alone now spans 46,500 square metres with several warehouses available for one-off independent projects often at short notice. Take the moving display by Ayesha Hadhir, Al Doobah in Warehouse 61, one of eight pop-ups in the avenue during Art Week 2018. Telling the tragic tale of a shipwreck she witnessed as a child off the coast of Abu Dhabi at Al Dhabiya, the young artist dived into the wreck documenting its sinking and corrosion extracting parts, piecing them together with garments soaked in seawater. Shaikha Al Ketbi, is preoccupied with fantastical fictions set in isolated landscapes, her photography and multi-media installations are a highlight of Ishara: Signs, Symbols and Shared Languages commissioned by UAE Unlimited at Concrete, Alserkal Avenue. Both artists are recent graduates of Zayed University. Despite some excellent new academic institutions, however, one missing component in the UAE is postgraduate university courses in the arts, some are in the pipeline, but what seems to be more prevalent is informal learning.

At the recent Global Education and Skills Forum, the Global Teacher Prize was awarded to Andria Zafirakou who works at a school in the London borough of Brent, which reports to have 130 languages spoken in its local community. It is significant that Ms Zafirakou teaches art and textiles: perhaps the arts can be the most effective way to communicate in a field of such diversity. The humanities seem be acknowledged, at last, as crucial components in developing future talent.

And that has been the key to building the arts community: educational initiatives that directly respond to the art on display. Just as contemporary artists are embracing subject matters that often feel distant from traditional art practice, the Global Art Forum invariably scrutinises current trends and preoccupations and this year is focusing on how automation is shaping our future.

A strong art scene that knows how to critique itself is a crucial component of a global city. Dubai’s status was confirmed when it entered the top 25 cities in the Global Power Index and plans for Dubai 2021 have cultural initiatives high on the agenda. Events such as Art Dubai, Christie’s auctions and a robust gallery scene have propelled the city, traditionally a trading port for the region, to be its commercial arts hub just as it is in other sectors such as finance or industry. The opening of the Jameel Art Centre in November during Dubai Design Week will give the city its first significant institution, Sharjah Biennial’s next edition in March 2019 promises much with three appointed curators and how can we forget Expo 2020? Whether by chance or good intelligence, the UAE is now firmly established as a significant destination for culture.

Laura Egerton is a freelance arts writer based in Dubai. She was one of the founding organisers of Art Dubai and runs Art Week.