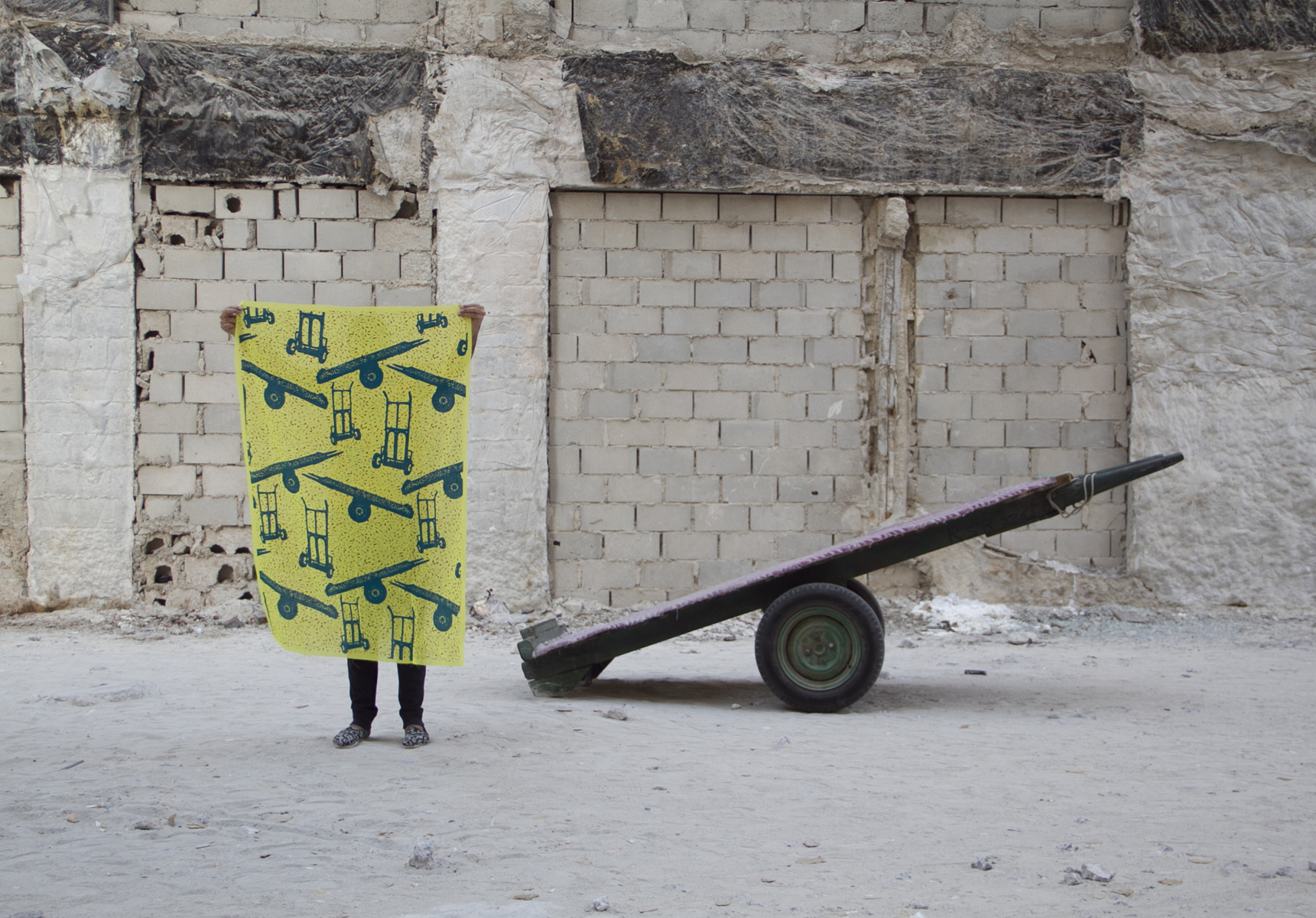 Al haraka baraka is an ancient Arabic proverb that loosely translates as “in movement there is blessing”.

by Anna Seaman. The National

That proverb has been appropriated for the title of an art exhibition in Sharjah’s Maraya Art Centre, as a kind of metaphor for the many benefits the UAE experiences from a transient population composed mostly of immigrants.

“The UAE is in a constant state of flux and transition, and this leaves a trace on all aspects of culture,” says Alexandra MacGilp, the exhibition’s curator. “As a nation, it hosts more than 75 nationalities and has one of the highest percentages of immigrants in relation to its own citizens.”

It is not only the UAE’s unusual demographics that make this exhibition stand out. It is notable that nine out of the 10 works in the show are commissioned and part of the permanent collection of Sheikh Zayed bin Sultan bin Khalifa Al Nahyan, a young but increasingly prominent art collector, and the grandson of UAE President Sheikh Khalifa.

The exhibition is the second held by Unlimited Arab Exploration, a platform that the young sheikh established last year with the aim of supporting emerging Emirati and UAE-based artists through an annual exhibition.

It began in Dubai with a show that Sheikh Zayed asked Cristiana de Marchi and Mohammed Kazem to curate at Dubai Community Theatre & Arts Centre. It focused on the relationship between the public and private spheres.

This year, the nine commissioned artists are united by a sense of exploration of what it means to belong and how memory and communication affect our sense of identity.

Perhaps one of the strongest pieces to capture that is Walid Al Wawi’s Acts. It is a three-part installation, of which the primary part is a performance video. The UAE-born Palestinian films himself blindfolded in the desert trying to demarcate the boundaries of the camera’s field of vision with rocks from Palestine – his native country, which he has never visited.

“I’m trying to visualise the idea of culturisation within a space,” he says. “My concern was the idea of having been born in UAE and how to me, it is home. I have grown so attached and I have created so many memories in this country that I feel I belong no matter what – but at the same time there is a sense of political dysfunction that means I am unable to belong here at all.”

Al Wawi’s video is accompanied by diagrams that map out his self-constructed boundaries and demarcation lines. They form a visual reference for him as he attemps to locate himself within the space.

Deliberately cold and clinical, Al Wawi has taken the emotion out of his predicament to examine it further. It is such a strong piece because it gives shape to an emotion that many “third culture” people experience in the UAE.

Also in the show are Alaa Edris’s States, seven composite images that represent each of the emirates.

The Emirati artist has taken photographs of older parts of each emirate and digitally fused them with more modern developments to create a futuristic, almost space-age images.

“They are ambiguous,” says MacGilp, “but I read them as an idea of the past and future meeting, with the present hardly existing at all.”

In the centre of the gallery, Emirati Zeinab Al Hashemi has created Within the Grid, a neon-lit map of the world that lies upon a network of metal grids and wooden palettes of the type found on construction sites.

“I am also trying to document the ever-changing city as a reminder of the present,” says Al Hashemi.

Says MacGilp: “She is very interested in these webs of communication that keep us in touch with each other and, more poetically, that you never know where the journey in life will take you.”

Overall, the show, which includes photographs, sculpture and a sound installation by Syrian artist Tulip Hazbar, highlights some of the most promising talent in the UAE and explores a pressing issue that affects everyone living here.