Looking back, seeing present, thinking ahead 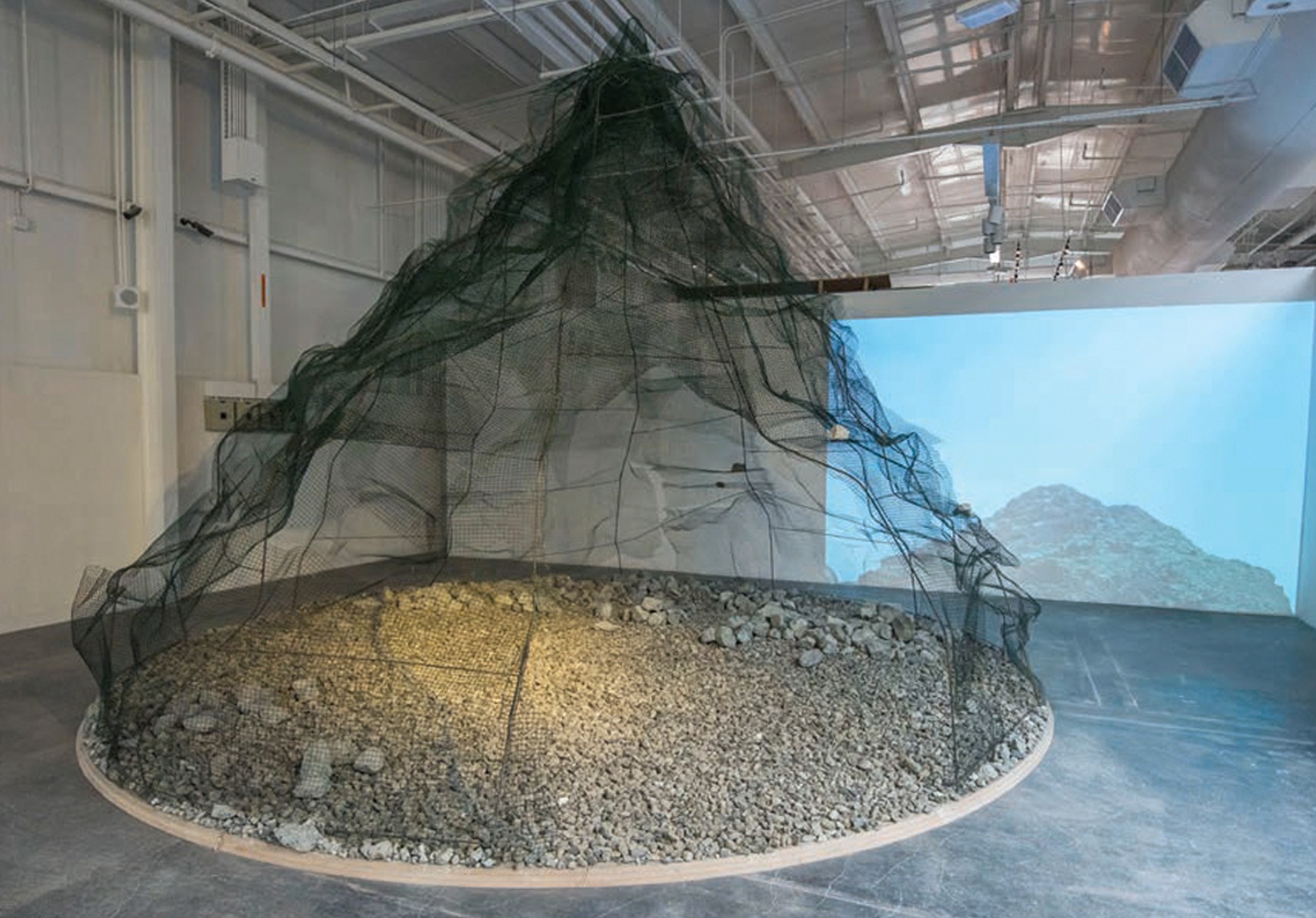 Looking back, seeing present, thinking ahead by Mohammad Yusuf

U.A.E. Unlimited’s third exhibition ‘Bayn: the In-Between’ opened at Warehouse421, Abu Dhabi, on Feb. 25. To run till June 18, it has been organised by the satellite platform founded and supported by Sheikh Zayed bin Sultan bin Khalifa Al Nahyan, it explores the transformations that the current generation of artists have witnessed in the UAE and the region. The mission of U.A.E. Unlimited is to nurture and develop emerging creative practitioners. With this in view, Munira Al Sayegh, an emerging curator from the UAE, worked with eight commissioned artists and a ninth internationally established guest artist from Saudi Arabia, Manal Al Dowayan, to create conceptual artworks in a wide variety of mediums. Sheikh Zayed bin Sultan bin Khalifa Al Nahyan, who is also Patron of U.A.E. Unlimited, said that “our platform’s third iteration comes at a time when we are all examining our identities in light of the rapid shifts we are witnessing around us. “I am proud to be part of the Bayn generation, the generation that took on the responsibility of moving the narrative forward towards a more nuanced understanding of the contexts of home and belonging, bringing together the best practices in art, culture and development to the localities we belong to. U.A.E. Unlimited is proud to support and work alongside such great emerging talent in understanding what it truly means to actively be a part of this change. 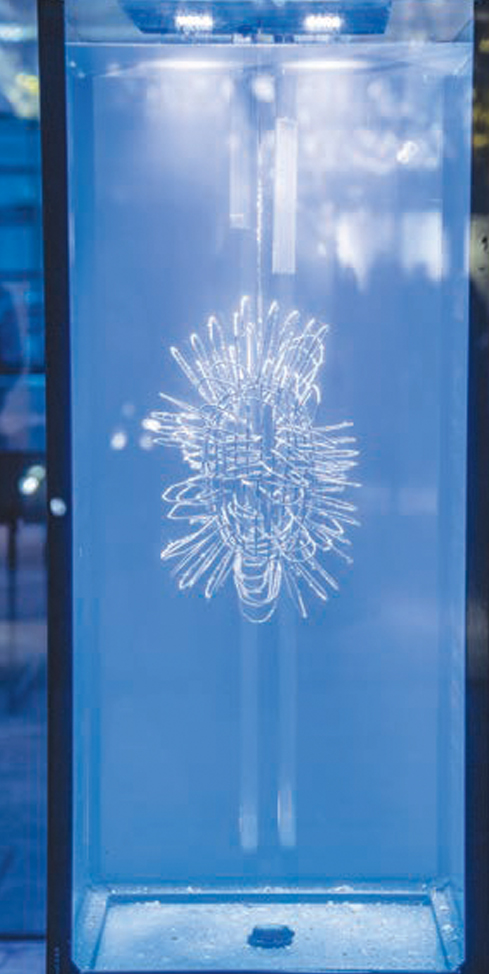 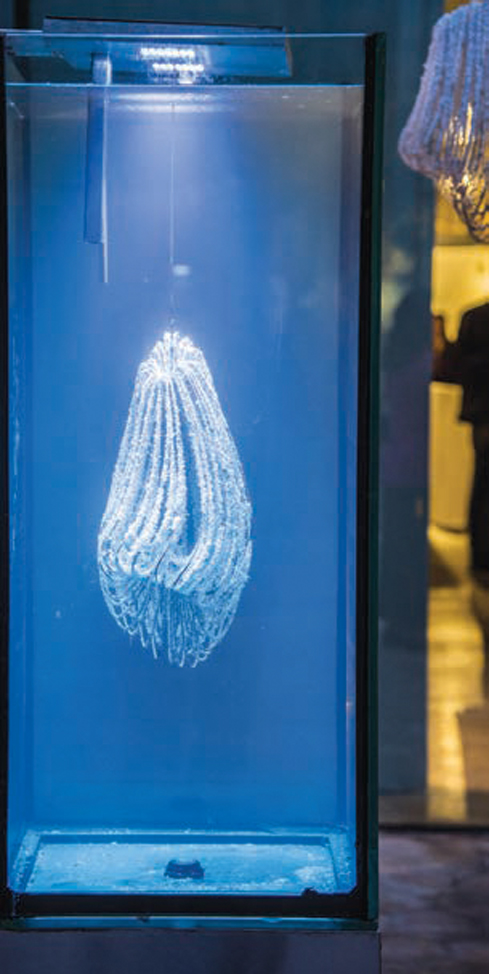 Shobha Pia Shamdsani, Executive Director of U.A.E. Unlimited says that “the Middle East has witnessed “transformation” in multiple ways and on multiple levels. From shifting borders to political upheaval. From the removal of the old and the arrival of the new. From youth to maturity. From fragility to durability.

“These transformations have affected all aspects of life, from growth in agriculture, to education, health, housing and industry. For a young nation that recently celebrated its 45th anniversary, it’s even truer here in the UAE.

“We’ve witnessed spectacular growth unparalleled in the region. We are most grateful for all the enthusiastic, generous and wonderful support we have received from the entire team at Warehouse421. We deeply admire and respect the significant ongoing contribution made by Warehouse421 to the development of the arts and cultural landscape throughout the nation”.

‘Bayn: The In-Between’ seeks to describe, question and expand on the threshold found between a starting point and its end. Throughout the exhibition, the state of in-between is highlighted as equally important to both the definitive beginning (the history of the United Arab Emirates) and its end goal (the future). The artists work in a wide variety of mediums, drawing on their surroundings, experiences and recollections, to bring the theme to light.

Hatem Hatem’s ‘Calcified Landscape’, for example, uses marine calcified rock to simultaneously reflect a traditional building method in the UAE (using coral rock) and investigating the use of this method as a future regional building technique.

Sound artist Maytha Al Shamsi has used sounds inspired by the two main bridges in Abu Dhabi that connect the island to the mainland, which includes the first bridge to be built in Abu Dhabi in 1967, Maqta Bridge, and its Zaha Hadid designed contemporary counterpart, the Sheikh Zayed Bridge.

Throughout the commissioning process, the artists worked in close collaboration with acclaimed artist Al Dowayan and explored the theme further through reading sessions with curator Al Sayegh.

U.A.E. Unlimited is a satellite platform founded and supported by Sheikh Zayed bin Sultan bin Khalifa Al Nahyan, one of the youngest prominent patrons of the arts in the United Arab Emirates.

The platform supports emerging Emirati and UAE-based artists by producing and promoting their works through strategic collaborations with art and culture organisations in the country.

U.A.E. Unlimited produces and showcases new works annually, while moving in the cities across the country and hosting a major exhibition, in addition to a series of events and discussions on selected themes.

Warehouse421 is a thriving hub for art and culture, design and creativity, performance and music in the heart of Abu Dhabi’s historic Mina Zayed district. Converted from two former industrial warehouses, it showcases the works of local, regional and international artists, designers and performers throughout the year, while providing a rare glimpse into the processes and techniques behind their creations.

It also encourages members of the public to explore their own creativity through interactive initiatives such as the popular Wednesdays at the Warehouse programme of talks, workshops, film screenings and performances.

Designed by the Bjarke Ingels Group (BIG), it is supported by the Salama bint Hamdan Al Nahyan Foundation as part of its mission to facilitate wider engagement with arts and culture in the UAE. Maraya Productions, a subsidiary of Maraya Art Centre, Sharjah, provides specialised services for cultural initiatives and art exhibitions.