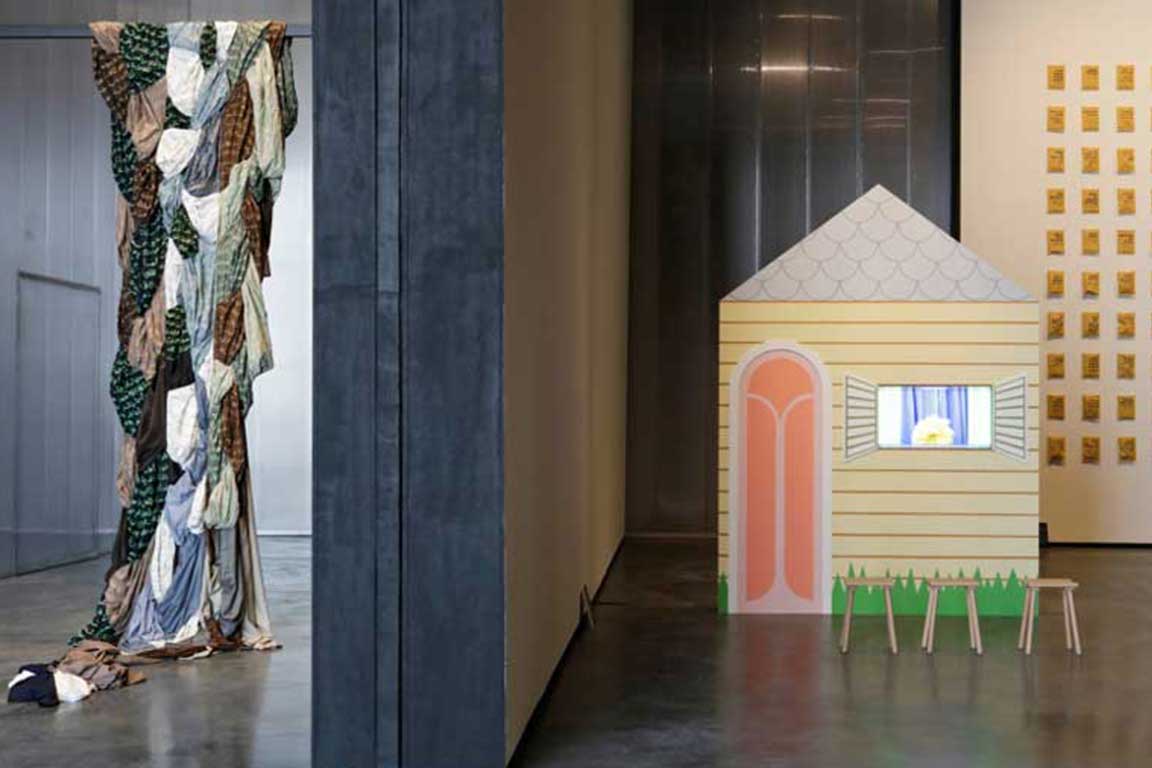 Ten UAE-based artists created works that are thematically informed by the understanding of the meaning and use of language.

DUBAI - In Arabic, “Ishara,” denotes “sign,” the most basic form of communication and refers to the linguistic marks, gestures and indications, as well as commonly used signals that transcend language.

It is also the theme of the exhibition at Concrete in Dubai’s Alserkal Avenue: “Ishara: Signs, Symbols and Shared Languages.”

Curated by Karim Sultan with Laura Metzler, curator of Maraya Art Centre, the show is part of the UAE Unlimited exhibition annual programme, which rotates between Abu Dhabi, Dubai and Sharjah.

Chndy and Moha are local innovators running digital experiments that look at how language functions in social media and through the internet.

“These are emerging artists,” Sultan said. “The UAE Unlimited platform, for which I am the guest curator for this year’s edition, primarily focuses on emerging artists. So mostly they are young and even those who are more experienced are new to the context or are developing their practice.”

“It is looking at language but on a very broad basis,” he said. “I selected this theme because language is kind of an essential feature of the landscape here in the UAE. And also because of the fact that the three major cities — Abu Dhabi, Dubai and Sharjah — are port cities with people from all over the world.

“Each artist thinks of language in a very different way and how it comes together to create structures and meaning.”

The artists responded to the theme through diverse practices and approaches, from drawing and print-making to immersive video works and responsive installations.

Dabbagh selected ten poems from the pre-Islamic era called the “Al Mu’allaqat” for an interpretive installation titled “The Hanging Odes.” The verses were recited orally in Mecca and suspended in the holy city. Dabbagh used machine embroidery on men’s clothing fabric and assembled and braided them “to basically make them unreadable as language and render them more as sculpture,” Sultan said.

Being mostly concealed due to the form of the installation, the words of the poems are read in a different way that creates new meaning.

Qizilbash’s 100 small technical drawings titled “Land Marks” depict in-between places such as borders and no-man’s lands but this could also be read as spaces in between languages.

Mansoori’s “Going Inside,” “In The Dictionary” and “Body Language” are works based on texts by Hassan Sharif, Abbas Kiarostami, and Hassan Madan, respectively, in addition to an important speech by Sheikh Zayed, which the artist used to create 3D objects.

The speech, as well as the texts, is read out and the data converted into an algorithm to produce a physical interpretation of the contents.

Khorshid’s “In Through a Trail” looks at elements of her own kind of heritage by reinventing them in a different way. Textile patterns are important for the Palestinian identity and this is what she drew on for her installation.

Khorchid used prints and hanging scrolls to add, subtract, hide and reveal information that is layered as though waiting to be unfolded.

Qasimi’s “Everybody was Invited to a Party” pulls inspiration from the 1980s Arabic version of “Sesame Street” (“Iftah Ya Simsim”), using puppets to present language and letters as malleable objects without a fixed meaning. The video seeks moments in which failure to communicate creates a new opportunity.

Lee, in “Mycelial Meshing,” uses the materials of infrastructure — steel pipes, concrete and electrical cables. The work mimics the networks of communication through the overlay of “mycelial networks.” The work reacts to the audience, seemingly communicating about the visitor’s intrusion.

Nasrallah, in “Forgotten Title,” encases 100 everyday objects in envelopes with a coded description on the surface. The code does not have a key and will be forgotten completely over time and left undecipherable.

Nasrallah creates his own system of communication-based on more philosophical ideas of language and whether it is possible to have a private language. There is no translator. There is just this one person and when he forgets, the meaning is lost.