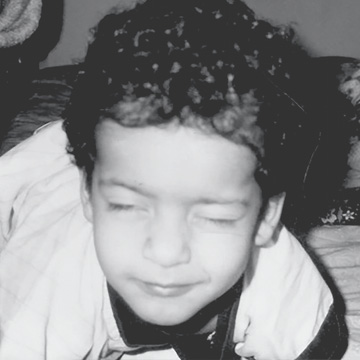 Jumairy (b. 1992) is an Emirati artist and musician based in Dubai.

Jumairy has developed a research practice that connects his studies in psychology to an intense experimentation with sound. This produces a range of sensory experiences that spread from real space to the Internet, actively utilizing social networking sites, and challenging the boundary between the physical and the online. His work is infused with a dark psychedelia which is expressed through performative acts, scientific experiments and mysterious rituals which happen on stage, the big screen and smartphone apps.

His work has been collected and supported by Barjeel Art Foundation and Maraya Art Centre.