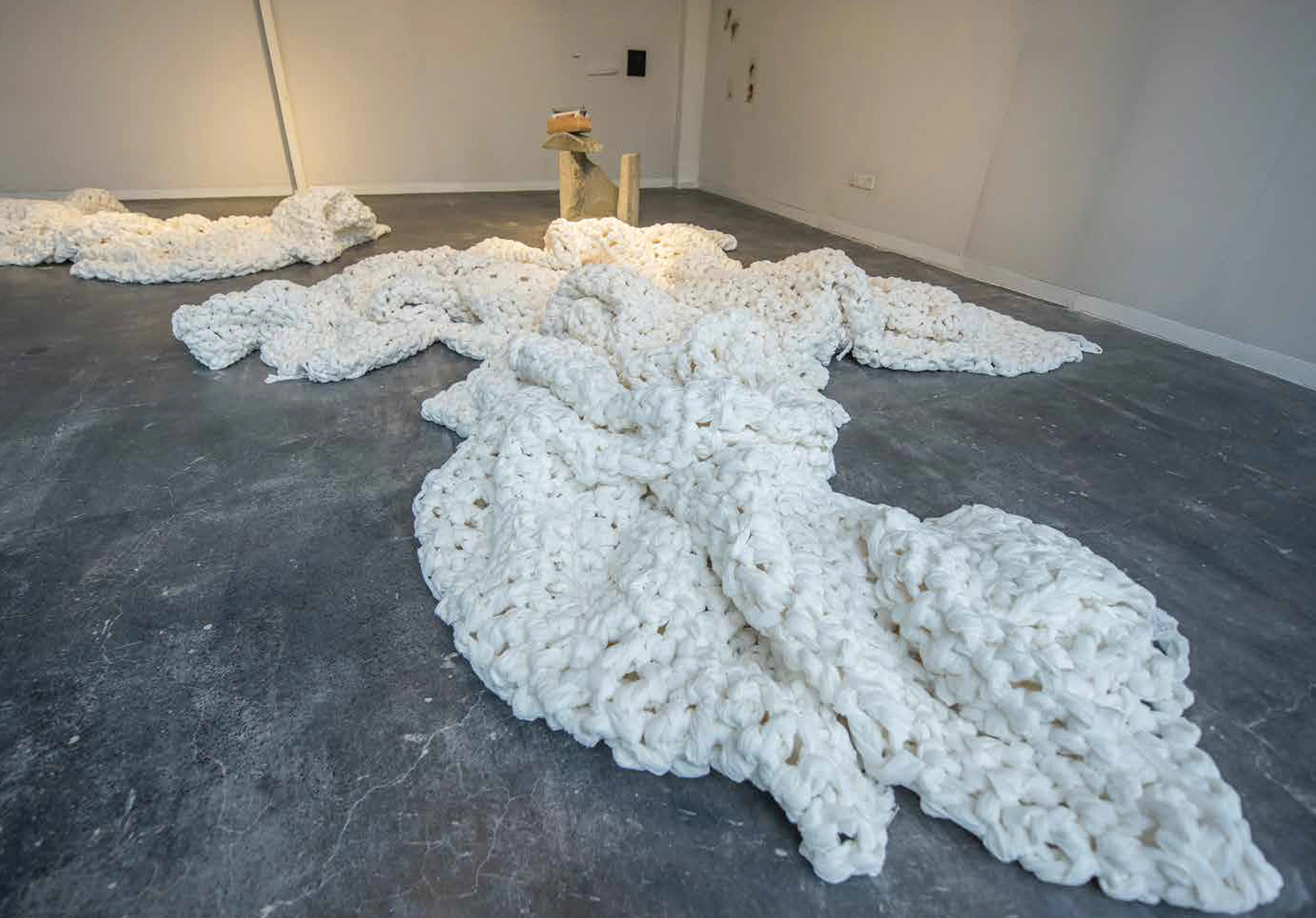 The organisation of the exhibition Bayn: The In-Between comes within the framework of U.A.E. Unlimited’s commitment to support and highlight the creations of young Emiratis and residents of the state. The exhibition provides a platform for showcasing artworks created by young people¨ including audio-visual works designed to stimulate the interaction of visitors to the exhibition. The backing of Sheikh Zayed bin Sultan bin Khalifa Al Nahyan¨ the platform’s founder¨ comes in support of the development of further platforms to highlight the artistic creations of young people and actively contribute to the development and support of the art scene in the UAE.

Bayn: The In-Between embodies the vision and mission of the U.A.E. Unlimited platform, and its commitment to the development of artistic practice in the UAE, in bringing together the work of veteran artists and aspiring youth - who are provided by U.A.E. Unlimited with mentoring and opportunities during their preparations for participation in the exhibition - as well as in its selection of Emirati curator Munira Al Sayegh to oversee the curation of the exhibition. Muneera Al Sayegh holds an undergraduate degree from University of London’s School of African and Oriental Studies in History of Art and Archaeology, with a focus on the Middle East. After graduating, Al Sayegh participated in a curatorial program in Sotheby’s New York then interned with the Guggenheim New York. Al Sayegh worked with New York University Abu Dhabi as an assistant producer on the FIND project, and was the Assistant Curator for Art Dubai Projects 2014 and Emirati Expressions Conventions of Arts 2015. Al Sayegh has published various texts looking at the local art scene of the United Arab Emirates. Al Sayegh sits on the advisory board of NYUAD’s art gallery, and currently works as a Programmes Officer for the Guggenheim Abu Dhabi. 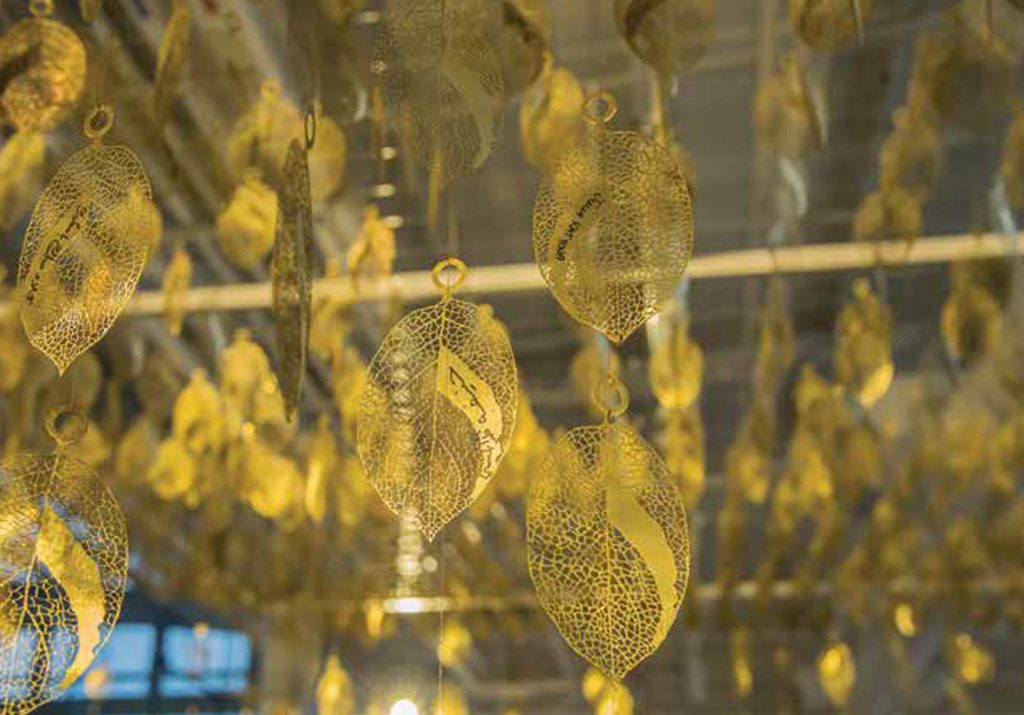 Bayn is the first exhibition I have curated independently, as most of my previous experiences have involved participating or assisting in the curation of exhibitions. They are certainly two different experiences, as participating in curation implies applying the particular artistic vision of the principal curator, whereas a personal experience of curating is conducive to questioning and contemplating the work of a curator. Through this research, I was able to formulate my concept of the curating process as an attempt to construct a common story among artists, and to narrate it through discovering the appropriate format to present the works in the exhibition space in order to deliver this story in a manner that is accessible to visitors, whether they are familiar with the artistic field or without any background in the area.

To achieve this, I held monthly meetings with the artists nominated to participate in the show, and we began to read texts on the theme. Through this practice, I was able to create an intermingling and connectivity between the artists that has produced a series of works with a common character, which came as a result of a shared presence and participation at the reading sessions, the exchange of ideas, and extensive discussion of the proposed texts. As the curator, I have been part of this whole story that we have told in this exhibition. This is important for a curator, as they are an integral part of every detail of the exhibition. Here we must emphasise that the work of the curator differs from that of the works manager , as the curator must not only adopt and highlight the themes , but serve as an essential part of all stages of the exhibition , fromits initial idea , through the selection of artists and the production of works , to the format of the exhibition , the exhibition guide and writings on the works , and the programmes running alongside the exhibition , along with other details. Taking part in this exhibition are a group of young artists , including the Emirati installation and multi-media artist Asma Al Ahmadª the Iraqi architect and designer Hatem Hatemª the Emirati sound artist and musician , Maytha Al Shamsiª the Jordanian portrait artist , Saif Mehaisen , the Emirati textile artist Sara Al Haddad , the Syrian landscape artist and designer , Talin Hazbarª the US documentary artist Nasser Alzayani , of Bahraini originª and the Emirati architect and illustrator Talal Al Ansari , in addition to the participation of the guest exhibitor , Saudi artist Manal Al Dowayan. 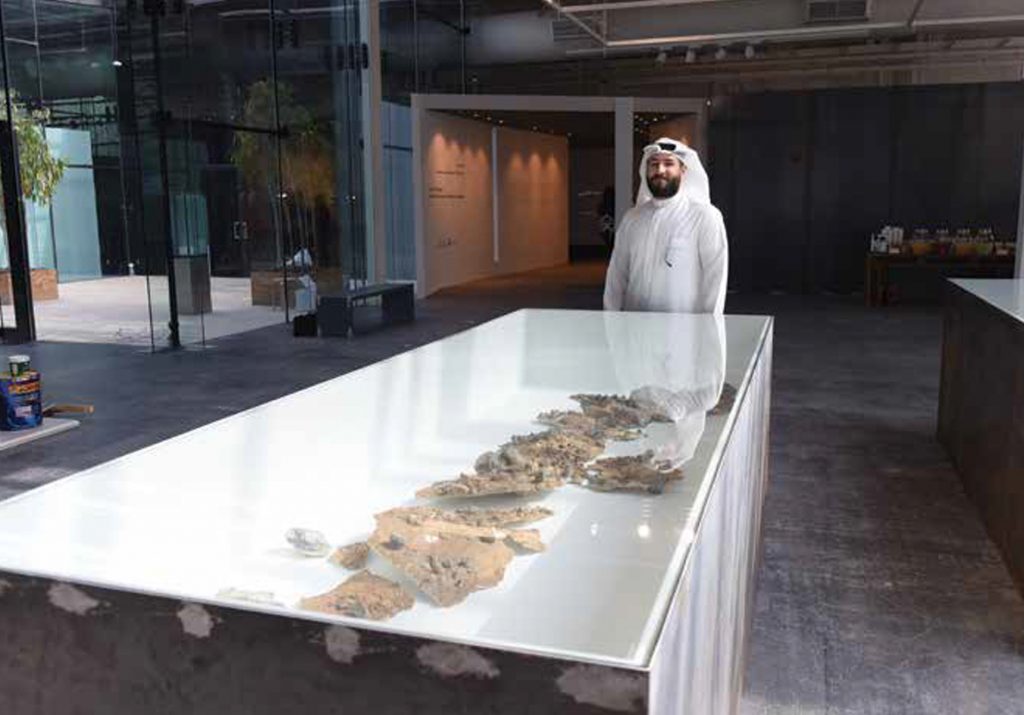 A view on the country's art scene

The art scene in the UAE was not created by chance. Its beginning witnessed the great efforts of the pioneers and founders to establish the strong base which allows the current generations to practice art freely. The existence of this kind of consciousness , which has spread to decision makers, is what has allowed the field to develop such a huge number of channels , such as cultural institutions and galleries , to create appropriate opportunities for young artists. However , I think young people need the historical context to link it to the presence of art in the region and its first origins. I was fortunate during my work as an assistant curator at Art Dubai in 2014 to meet the artist Mohammed Ahmed Ibrahim , and the opportunity to work with him over three months was an important experience that allowed me to connect with artists of the pioneering generation. His remarks concerning the importance of communication between the generations and of connecting them for the continuity of artistic production within its historical and structural context greatly influenced my vision with regards to the importance of the presence of these artists , and the need to take advantage of it. I think we need shared spaces such as open workshops or an artistic club which allows the different generations to come together and exchange their knowledge for the development of the artistic movement in the state.

The platform supports emerging Emirati and UAE-based artists and by producing and promoting their works through strategic collaborations with art and culture organisations in the country. U.A.E. Unlimited thrives on promoting young talent and contributing to the overall cultural production in the UAE. The platform produces and showcases new works annually , while orbiting the cities across the country and hosting a major exhibition in addition to a series of events and discussions on the selected themes.