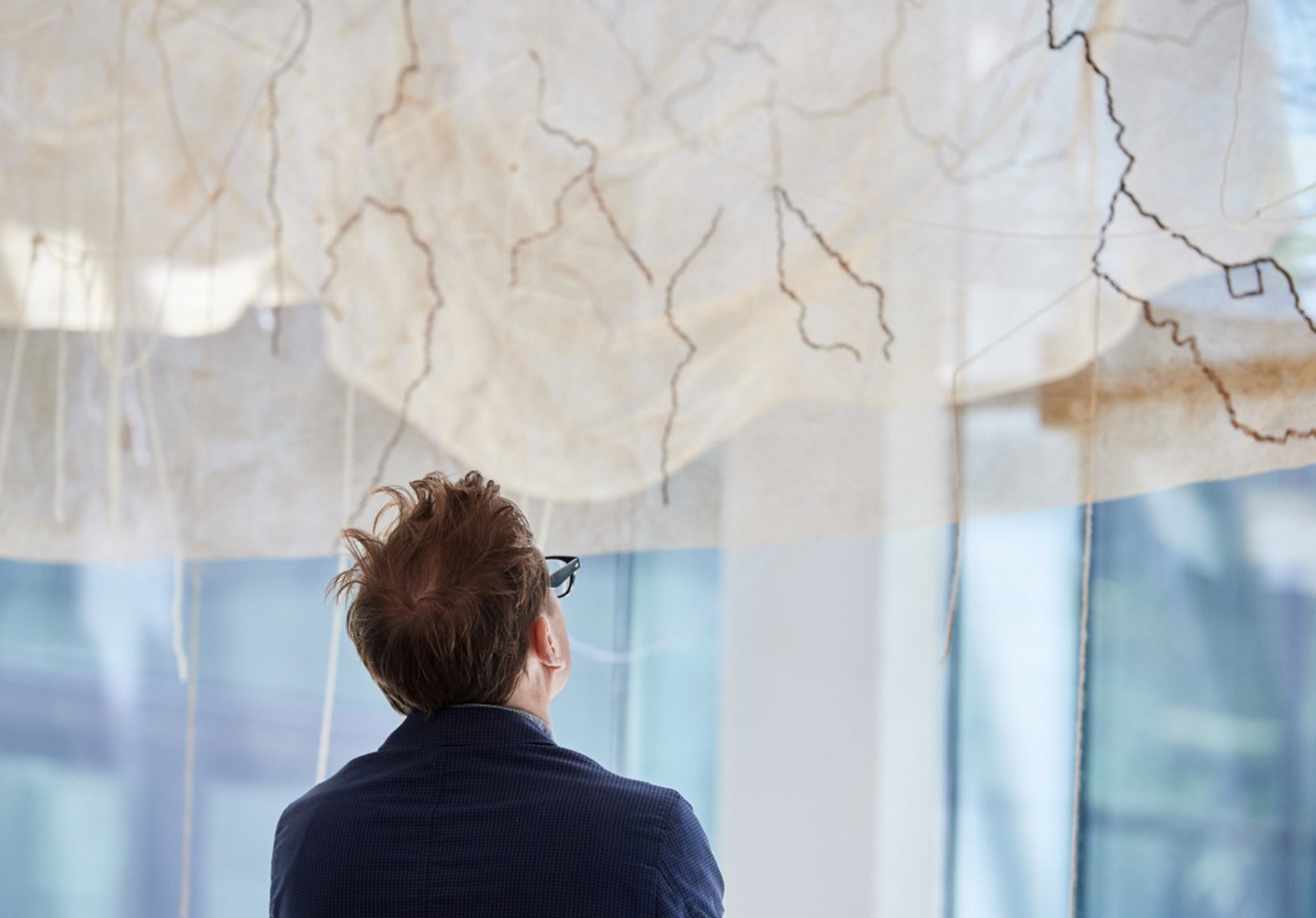 The opening ceremony was led by Sheikh Zayed bin Sultan bin Khalifa Al Nahyan, founder of UAE Unlimited platform. UAE Unlimited is a satellite platform with a mission to nurture and develop emerging artists in the UAE.

'Bayn: the In-Between' is a collaboration between UAE Unlimited and a number of UAE-based artists, curators, and institutions, highlighting the collective nature of the creative community in the UAE today.

The exhibition was developed and produced with the support of Maraya Productions in Sharjah.

Maya Allison, Founding Director of NYU Abu Dhabi Art Gallery, is the Senior Curatorial Adviser to the project and the exhibition's curator Munira Al Sayegh. The participating artists presented a wide range of creative practices that explore the various reactions to the transformations happening today in our society.

Shobha Pia Shamdsani, Executive Director of UAE Unlimited said, "Through UAE Unlimited's partnerships with local initiatives in the UAE, we are able to offer emerging artists the advantage of working directly with experienced creative professionals whose insights are invaluable to the development of these young artists."

Maya Allison, Senior Curatorial Adviser, said, "An exhibition of emerging artists on this scale is a major, exciting undertaking, particularly with nine entirely new works being produced. Munira's curatorial concept and commitment to the creative vision of these emerging artists is commendable, as is the commitment of Sheikh Zayed bin Sultan bin Khalifa Al Nahyan and Shobha Pia Shamdsani to the support of emerging artists, and now emerging curators, in the UAE."