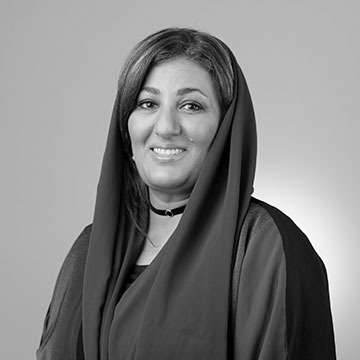 Nujoom Alghanem is an Emirati poet, artist, scriptwriter and multi- award- winning film director. She has produced eleven films including five short fictions and six feature length documentaries. Her documentaries have won several local, regional and international prizes. She was born in Dubai in 1962. She graduated with MA in Media Production, School of Film, Griffith University in Australia in 1999.

In 1996, she finished her Bachelor degree in Video Production from Ohio University in the United States.In terms of work experience, Alghanem has started her professional career much earlier in 1980 when she worked as a journalist for more than ten years.

She is considered an active and well-established writer and filmmaker in the Arab world. She recently became a board member of the International Prize for Arabic Fiction, which is managed in association with the Booker Prize Foundation in London. She has also been involved as head of jury and jury member in numerous of International film festivals.