A question of identity: emerging artists in the UAE look for answers in new Intimaa: Belonging exhibition 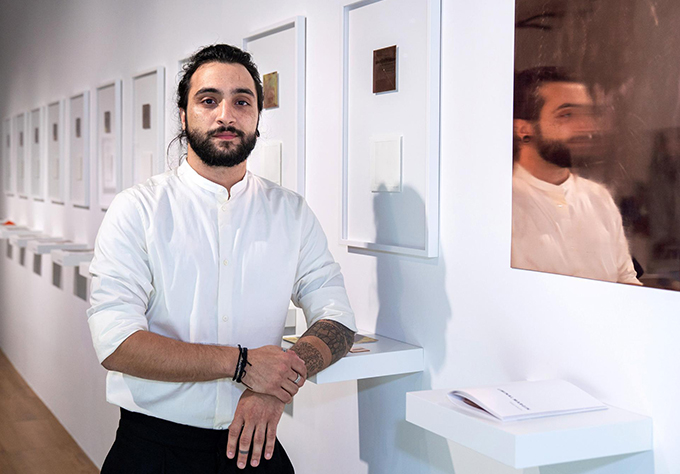 How do we define ourselves? Are we our political, social or geographical associations? And what happens when these change? These are the questions raised in UAE Unlimited’s latest exhibition Intimaa: Belonging, which features newly commissioned works from emerging artists in the emirates.

Curated by Nasser Abdullah, the show presents the works of artists Saeed Al Madani and Sarah Al Mehairi, both from the UAE, as well French-­Algerian Sofiane Si Merabet and Syrian Majd Alloush.

The topic of identity is particularly pertinent in the UAE, a place that has witnessed vast economic and social changes in a short period of time and where various cultures are in constant contact. But it is also a topic that artists and writers have repeatedly explored over the years.

The challenge, for both curators and artists, was to add something novel to the conversation. “I tried to push the question of identity to the artists in another way,” says Abdullah. “Just to realise it from the point of view of the younger generation that has lived through globalisation … identity is not a hidden message in the artwork. It is interesting to compare how the artists are responding to it based on their own personal experiences.”

For Alloush, the political is personal. His project Liminal Margin reflects on how government decisions affect a person’s growth. Born in the UAE, the artist has spent his life living between the US and Syria, but the outbreak of war in his native country has made it difficult for him to travel abroad for studies, artist residencies or exhibitions.

“Identity should be something flexible,” he says. “It keeps on changing. When you get restrictions like that, it does not allow you to expand and change as an individual. It just puts you in this box.”

As an artistic response to his situation, Alloush etched words from a visa rejection letter on to a copper sheet, which he split into 10 pieces and sent to people across the world. “I wanted to create an extension of myself with no boundaries and no restrictions, since I don’t have the freedom to move around and travel,” he says.

A highly reactive material, copper easily alters in colour and texture when handled by people. When the plates were eventually returned to the artist, their new patina offered a glimpse into the environment they were in. Alloush pairs each piece with photographs and items from the recipient, presenting an imaginary narrative of an existence elsewhere.

Si Merabet takes a more sociological approach, drawing from French sociologist Pierre Bourdieu’s concept of cultural capital, which refers to the set of prized assets in a society that enables social mobility. Si Merabet relates this to his personal experience as a second-generation French national with migrant parents. “I wanted to show that even though you can be from a respectable and knowledgeable background, once you migrate to another country, you lose this cultural capital,” he says.

His work My Parents Have Never Been to the Ice Rink comprises a model ice rink with shelves of ice skates and North African slippers, and a video work that shows the artist struggling to skate as his Algerian alter-ego, denoted by his traditional garb, tauntingly circles him. While the installation is superfluous, the absurdist video conveys his ideas in a clever way. 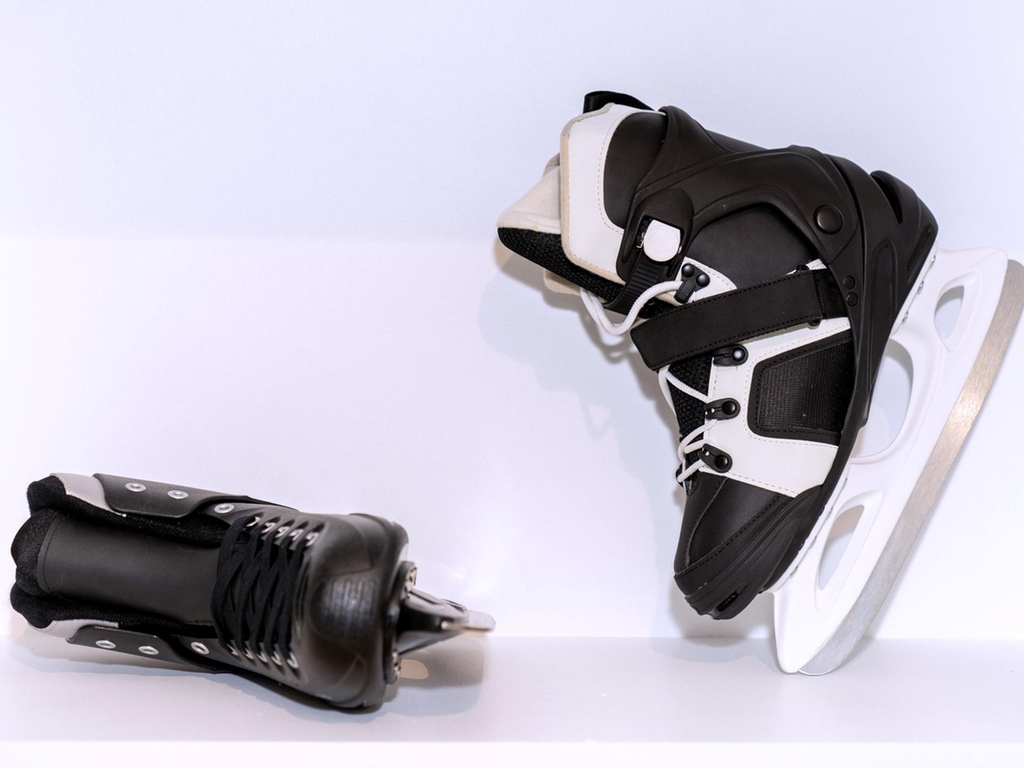 An ice rink is the setting for Sofiane Si Merabet’s work. Victor Besa / The National
In comparison, Al Mehairi’s work is more material-based, using wax, sand and soil to mould fossil-like pieces that contain ephemera from her daily life – a pill, receipts and bits of clothing. Housed in a museum display case, the objects reveal a curated look into the Emirati artist’s identity.

“I’m looking at myself from the remnants I leave behind in my household … the objects show a certain moment in my life that will be encapsulated for ever,” she says.

The work of Al Madani examines bigger forces at work, specifically the impact of economic growth on ecology and traditional agriculture. Taking the example of the truffle, which has declined in production due to urbanisation and climate change, he produced a mechanical installation wherein 3D-printed truffle models with embedded magnets sway to the pull of opposing forces housed in a table underneath.

“Truffles grow with the help of thunderstorms,” says the curator of the metaphorical aspect of the work. “It’s these major changes that create new layers to identities in communities too. Changes in attitudes, daily practices and lifestyles.”

For the first time in its six-year run, UAE Unlimited has also commissioned Emirati poets to team up with the artists and write poems that respond to the artworks. Executive director Shobha Pia Shamdsani credits this decision to the UAE’s oral traditions. “What fascinated me about this country is there are poems written by its leaders. Are there poems by the [UK’s] prime minister or the queen? There are speeches, but no poems,” she explains, comparing the UAE to Britain, where she used to live.

“It was important for me to engage with young poets in this country. Why not bring in poetry in a fairly novel way, by collaborating with artists?”

It is an enriching addition that unravels new means of understanding the artworks. For example, the absurdist poetry of Shamma Al Bastaki mirrors Si Merabet’s video, while Ali Alimazmy’s touching Who Is Left of Me? echoes the quiet frustration in Alloush’s installation.

Shamdsani has also introduced the Stellar programme, a series of workshops for the artists that explore the practical aspects of the industry, such as business, pricing and media studies. “These workshops are in subject not ­usually covered in the curriculum of an art college,” Shamdsani says.

Artists learn about professional photography of artworks, professional writing for proposals, negotiating gallery contracts and developing budgets for exhibitions. There is also the matter of pricing their works, as emerging artists not familiar with the art market may end up overestimating them.

UAE Unlimited, a satellite platform supported by Sheikh Zayed bin Sultan bin Khalifa Al Nahyan, was founded in 2015 with the intention of showcasing the works of rising artists in the UAE. Every year, the platform collaborates with various UAE art organisations to present exhibitions across the country. This year, Intimaa: Belonging is on view at New York University Abu Dhabi Art Gallery’s auxiliary venue, the Project Space until March 28.